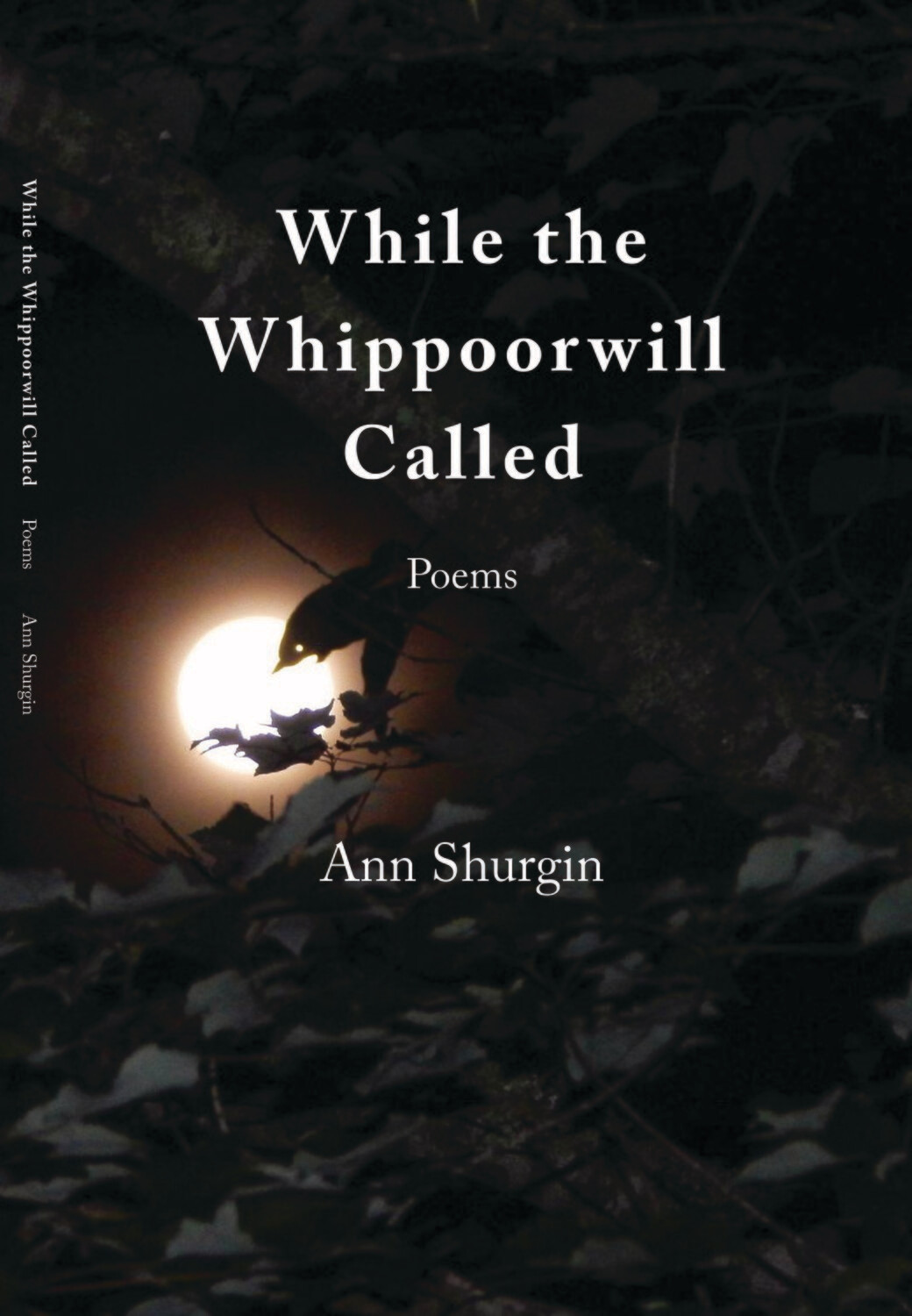 While the Whippoorwill Called

Advance praise for While the Whippoorwill Called

While the Whippoorwill Called is a sensual delight rooted in laurel thicket and balsam ridge, in the amber glow of home left and returned to, a voice sometimes alone in the mountains nonetheless singing free. Ann Shurgin’s debut poetry collection is also a heart tugger, wishing for love once tasted then flowing past. Both poet and photographer, Shurgin centers us in her lens of wishing and independence, on the Tennessee/Carolina border, knowing that “a stone from Appalachia / is lost without the hollows / and the whippoorwills.” Wrap yourself in evanescent memory and life’s great unfurling, in the quiet woods of what was and is yet to be.

—Linda Parsons, author of Candescent and This Shaky Earth

In While the Whippoorwill Called, Ann Shurgin creates a symphony of longing for more than the inevitability of dying. Love settles a stillness seemingly from heaven. Stepping on a stick in woods prompts music. Every natural thing becomes a choir: “Tree frogs begin to sing.”

This first book by a mature and seasoned poet is filled with patient, careful description of her beloved Appalachia during and after significant absence. In quiet language and subdued tone, her longing and her loves (and losses) along the way back to Tennessee move us to a calm sympathy. She writes in the final poem, “My attention is where it should be: / on driving sheets of rain, the oldest oak in the woods, / the cushion of moss, / the flickering fireplace on an autumn night, / and the smell of wood smoke / under a sky hanging low with cold.” Comfortable again, rejoining her earliest memories and loves, Ann Shurgin is back home—as we are—in these poems.

Ann Shurgin is a native of Elizabethton, Tennessee. Her family descends from a long line of Southern Appalachian settlers.

She graduated from East Tennessee State University with a Bachelor of Science degree in English and journalism and then moved to Houston, Texas, one year later, where she worked in the oil industry for four years. She and her husband then bought a one-acre “ranchette” in the countryside northwest of the city, where they raised their children and grew a garden year-round. Ann also worked as a journalist for local newspapers and then as a freelance writer and copy editor. She later moved to College Station, where she worked as a communications specialist and manager for Texas A&M AgriLife. After retirement, she moved back to Elizabethton, to the house where she grew up. She is a member of the Southern Appalachian Writers Cooperative and the Appalachian Studies Association and is happy to be back in the mountains of East Tennessee, where her story began and her heart never left. While the Whippoorwill Called is her first book of poetry.