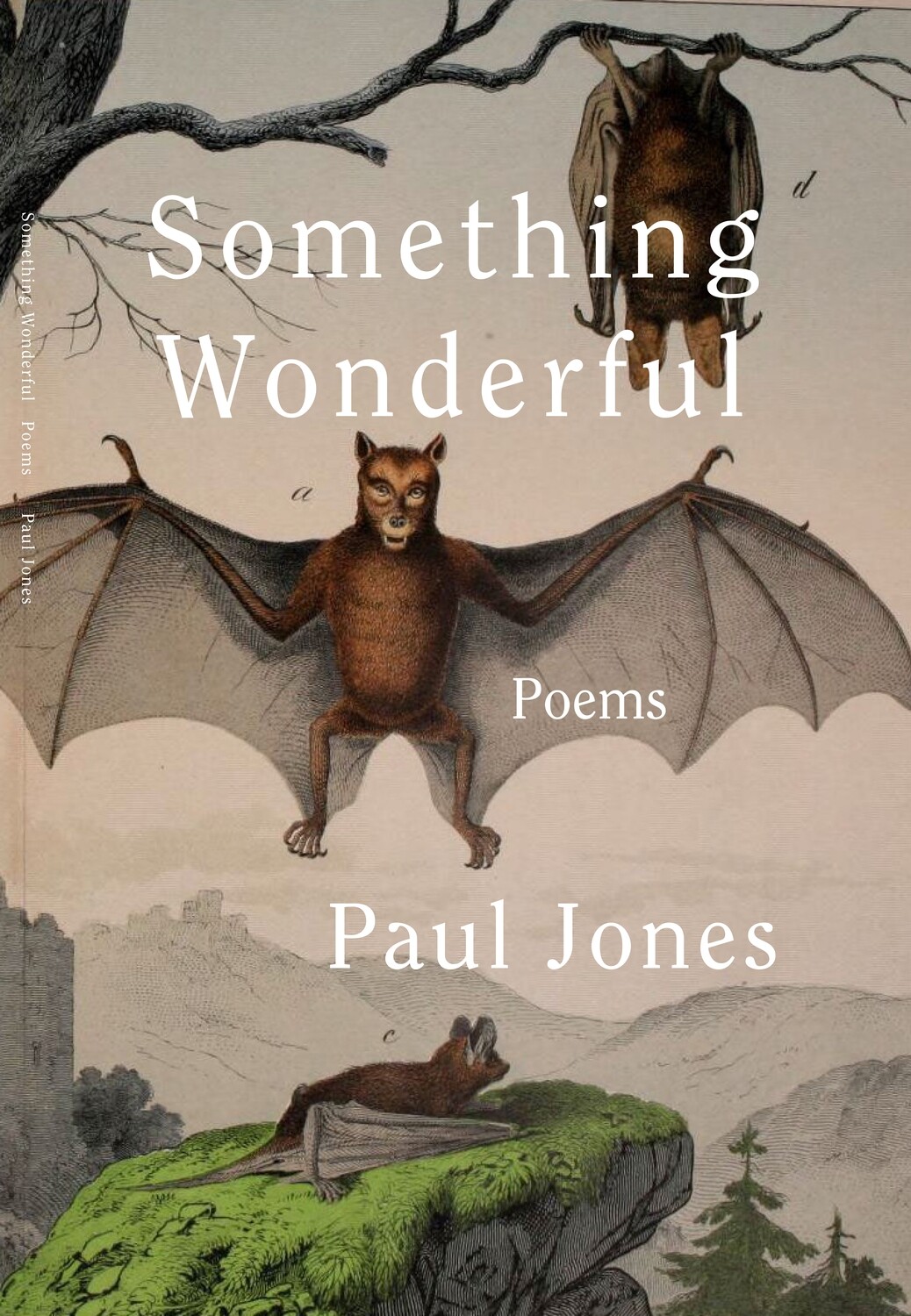 Paul Jones salutes the world with Something Wonderful.This big book sings lyrical commentaries in sometimes lulls, courting parody; yet every poem retains a sensibility of good humor.Syllables bloop and loop and make light where a bird might plop or a snake might leave an empty nest.Every image shines, turning dross to sheen, as tinctures of evil sway unknown Truths among Wonder’s residue.Jones brings on the cicada’s song, turns the radio off to hear tunes in his head, offers bright sounds in strains stars shine like skulls of ghosts.Humor?An ode to Krispy Kreme Donuts, plus a hymn to okra.Something Wonderful is just that!

“Fire behind me and ashes ahead,” Paul Jones says in “At Seventy,” one of the many humorous and sharp-eyed poems in Something Wonderful. These poems, most written in the years when the shadows grow long, find joy in daily existence: “Gone are the little pains. In their place, just one ecstasy.” This ecstasy does not result from “the three sins against your body—cigarettes, liquor and weed” but from close observation of a world that always offers something to intrigue us or make us laugh.“Could I remember you as my friend?” Jones asks the specter of death in one poem and that openheartedness makes this book noticeable in a season when many poets seem to be turning their back to those who populate the world unless those people commit to a certain social viewpoint and a set of behaviors. Jones would rather have his hammock meditation ruined by an animal than to simply stare at water, at sky. These are the poems of a man fully alive, a poet not only worth reading, but heeding.—Al Maginnes, author of The Beasts That Vanish and Sleeping Through the Graveyard Shift.

Something Wonderful embodies a vast, intimate terrain. These poems listen back through lenses of nature, variations of joy, sorrow, mischief, surrender, death, and a few constellations of mystery in between. Paul Jones perches the reader in limbs that were empty choir lofts. From this vantagepoint of his lyrical universe we experience the space between dreams, new worlds created by old words spoken, odes to tubers, donuts, and the magical everydayness of where poetry lives and is sustained. Something Wonderful offers poetics that are accessible, language that stirs memory, and imagery that overflows cups meant to constrain. This new collection by Paul Jones makes us swoon to a song about “a world where nothing that is cut bleeds.” —Jaki Shelton Green, author of Feeding the Light and All the Songs We Sing with Lenard D. Moore.