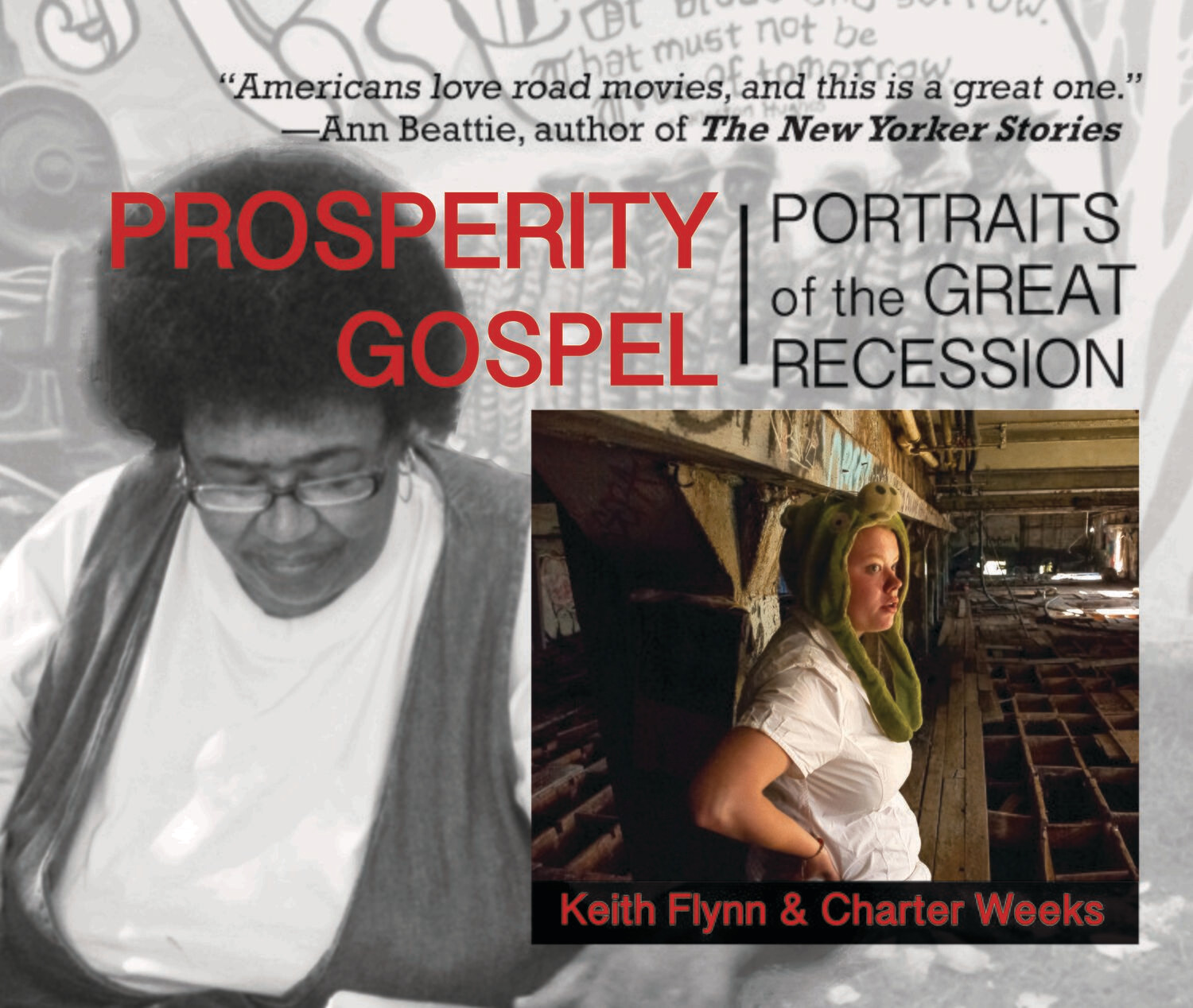 From the outset, Charter Weeks and I wanted to show the true faces of the Great Recession. Many people who had previously found it easy to support themselves were now faced with impossible choices, and the simple ideas of security, safety, and nourishment were fragile in this new working environment. The underpinnings of our society were crumbling as more and more people didn’t explode from a single crisis but were worn down from repeated defeats and the safety net that had once guarded a growing and robust middle class was now frayed and illusory and could no longer be counted upon. Most people are not gobsmacked into poverty, but erode into it, slowly and incrementally, as each of their previously viable options are taken away, one by one.

What became an examination of the Recession and its effects morphed into a narrative of resilience and dignity as people faced with unforeseen choices learned to work around them, became entrepreneurial, even cagey, and adapted to their circumstances in ways that they themselves could never have envisioned. Some were forced to change their philosophies or previous methods, and still, others were faced with brutish challenges they thought did not exist and learned how to survive from day-to-day.