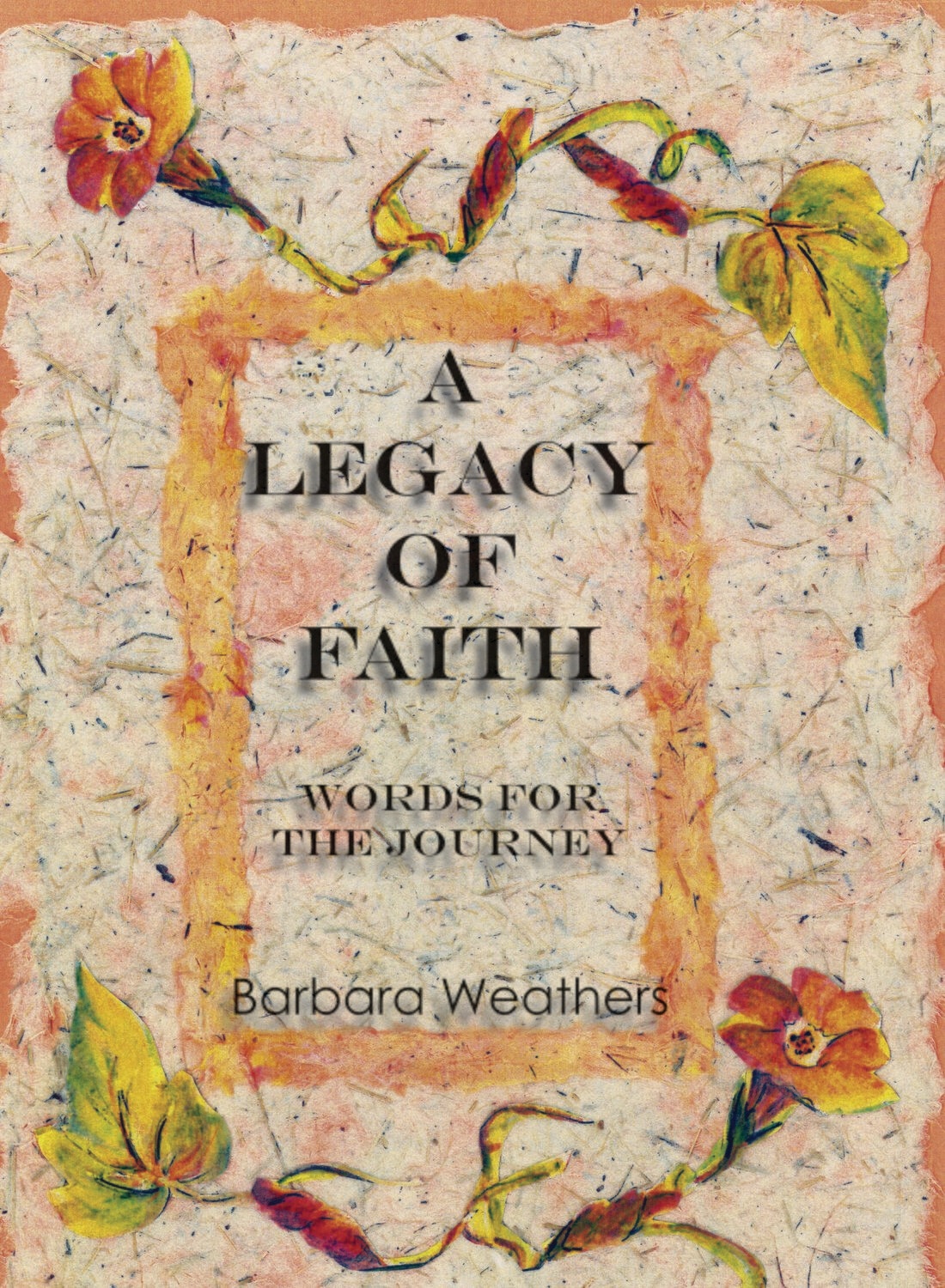 Legacy of Faith: Words For the Journey

Acrostic – noun. A poem, word puzzle or other composition in which certain letters in each line form a word or words.

A daily devotional that can assist anyone of faith in their spiritual lives.

Barbara C. Weathers was born and grew up in Winston-Salem, NC, having graduated from Reynolds High School in 1954 and four years later from Queens University in Charlotte, NC, with a BA degree in English. She was married two weeks following graduation to lawyer Carroll Weathers Jr., and was married 49 years. Six years later, in 1964, they moved from Wilson and Manteo to Hickory with their first child, Wayland. God chose to bless them with a second son, Charles, in March of 1965. After Wayland’s death in 1970, The Lord added two more blessings: a third son, Harrison, and a precious daughter, Grace.

Barbara taught at St. Stephen’s Elementary and Startown Schools in Catawba County, was once chosen Teacher of the Year, and also was given the Siecor Outstanding Math-Science Teacher Award in May, 1997.

Barbara has taught Sunday School, and until recently, sang in church choirs since third grade, tutored students in reading and math, and was a former member of The Hickory Choral Society and the Hickory Service League. She now loves living in Blowing Rock for half of the year, holding Grandbunny Camp, entertaining, writing, and studying the WORD. She also enjoys attending Bible Studies with Gena Welch Small as leader, reading, and cooking meals for friends with medical or celebratory reasons. She has an active prayer ministry, and sincerely hopes that Legacy of Faith will draw many to have a closer relationship with the Lord and will help all look forward to His glorious return.

To inspire everyone we encounter to a thriving and purposeful life in Christ.

A Christ-centered community for rebuilding, renewing and recovery

See all we do at safeharbor.org

Scan the code above with your Smart Phone to visit our site.