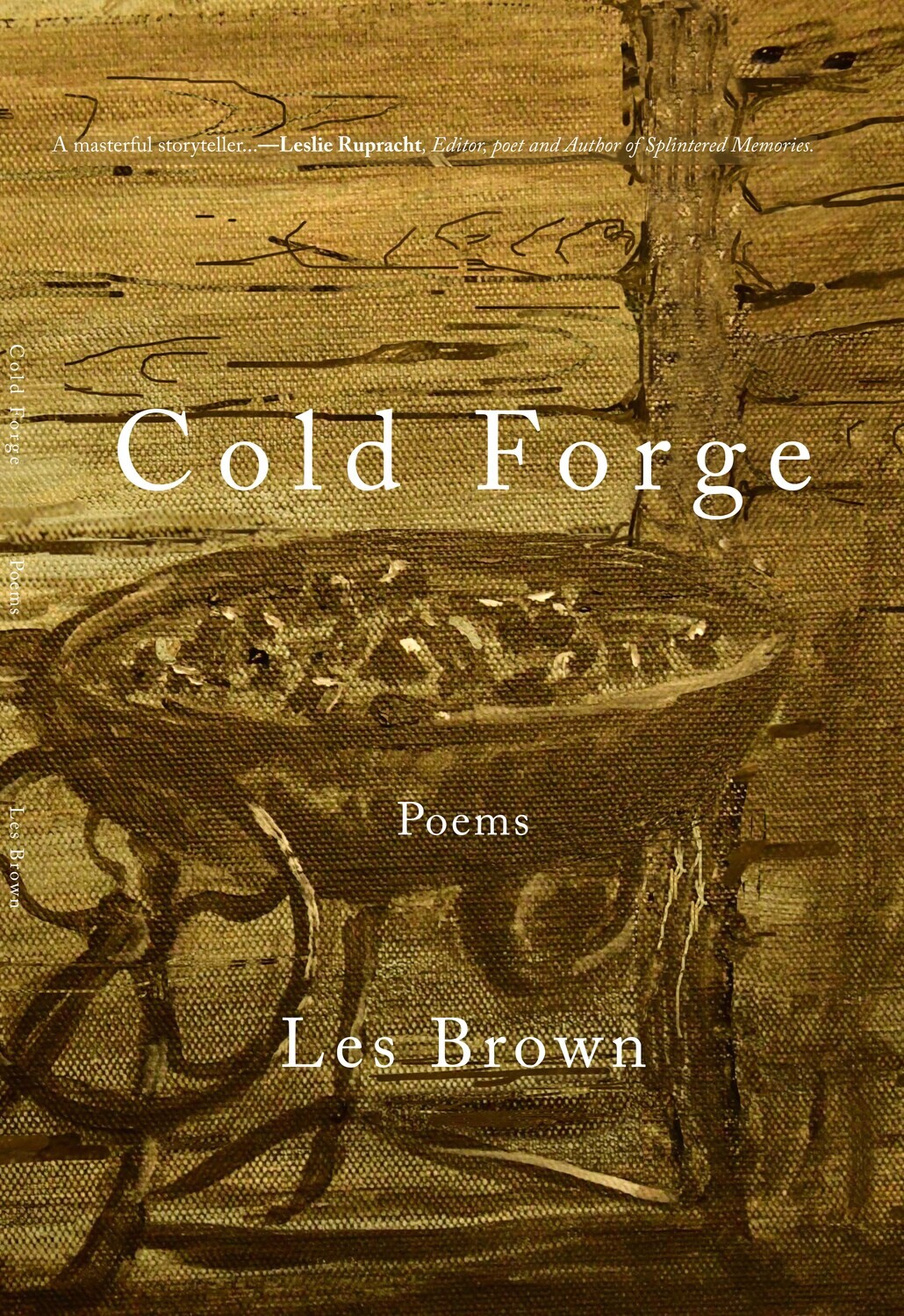 Les Brown attended Appalachian State University and the University of Southern Mississippi and is professor emeritus at Gardner-Webb University. He has published poetry and short stories in several journals, including Pinesong, Kakalak, Streetlight Magazine, Pine Mountain Sand and Gravel, Main Street Rag, and Still the Journal. He is also a potter, and visual artist whose work has been featured in regional journals such as Moonshine Review and Broad River Review. Two of Les’s poems were nominated for the 2020 Pushcart Prize by the North Carolina Poetry Society. Les lives in Troutman, NC. His poetry book, “A Place Where Trees Had Names,” was published by Redhawk Publications, 2020.

Les Brown knows that memory is not necessarily a whole piece. In Cold Forge, his second volume of poems set in the North Cove area of the Blue Ridge, he reveals those memories, piece by piece as if reassembling a shattered artifact. The reader encounters an alcoholic father, a long suffering, pious mother, and a difficult life that contrasts with the beauty of the setting. The lore of the family, the farm, and the vibrant characters who inhabit the valley is irresistible. In the end, upon returning, the narrator, though haunted by the ravages of time, is resigned rather than wistful about the place that forged his life.—Tim Peeler, author of West of Mercy, Checking Out, and First Season.

In Cold Forge, Les Brown welcomes the reader as witness and trusted friend to step into thoughtfully crafted vignettes in verse drawn from personal history, memories, and old family photos. Delving into his Blue Ridge roots in North Carolina, Brown paints the everyday, often harsh realities of hardscrabble people of his boyhood and family farm, and balances the canvas with well-placed brushstrokes of light. Through Brown’s artist’s eye for detail, the poems in Cold Forge quietly but confidently deliver a palpable sense of place, time, and humanity. A masterful storyteller, he breathes life into sympathetic, believable narrators and characters—featuring (or informed by) real people in Brown’s circle—achieved with authentic, accessible voice and skillfully woven southern Appalachian dialect-driven dialog. Brown rewards the reader with a beautifully cohesive collection—rich in narrative, vivid in imagery, delightful in form and shape, devoid of sentimentality, and enticing to the senses. Cold Forge is memoir in poetry—to be experienced, treasured, and ultimately shared.—Leslie Rupracht, Editor, poet and Author of Splintered Memories.

Les Brown’s Cold Forge is an evocative recounting of his life in North Cove in sharp imagery: “broken fences and baked ribs...hidden bourbon and buttermilk…spilled blood and thick molasses.” This push and pull of “Juxtapositional” centers his poems in the complex life of a family tied to land and tethered to place. In “Broad Fields and Rushing Water,” Brown hinges past and present, “I am still here / and I am still there,” bridging time in poems that preserve, remember, and love.—Alana Dagenhart, author of Blood and Yellow Leaves.

Save this product for later
Display prices in: USD