It's funny and witty with some "Minnesota Nice" thrown in here and there. Love when she "talks" about something that happens in her life. This book is a quick read because you can totally picture this text happening leading to being surprised you've finished it.

I love this book! Mary Jo Pehl has always been very open, genuine, and funny. She puts all of that, and a lot of heart, into this look at her mother's life, and their relationship. I really wish I weren't such a slow reader, because I'm also getting a lot of good recommendations for reading from Mary Jo's mother's very very short book reviews.

I LOVE this book and love Mary Jo Pehl's work.

It was touching. I really connected with it, in part due to her mother's obsession with weight and the effect on Mary Jo. I recommended it to my friend, same background.

I was lucky though because the weightwatchers my mom went to had all these great exercise machines. So while they chatted calories and shame, I would lie on this cot with movable panels under the hinder, so you'd get a really odd massage. They also had the machine you'd stand at and it would violently massage your hinder. (Apparently, flattening hinders was big in Iowa in the 1970's).

I found the book sweet, touching, and funny.

Tells a true story, but in a most creative way, punctuated by her Mom's incredibly compact movie reviews. 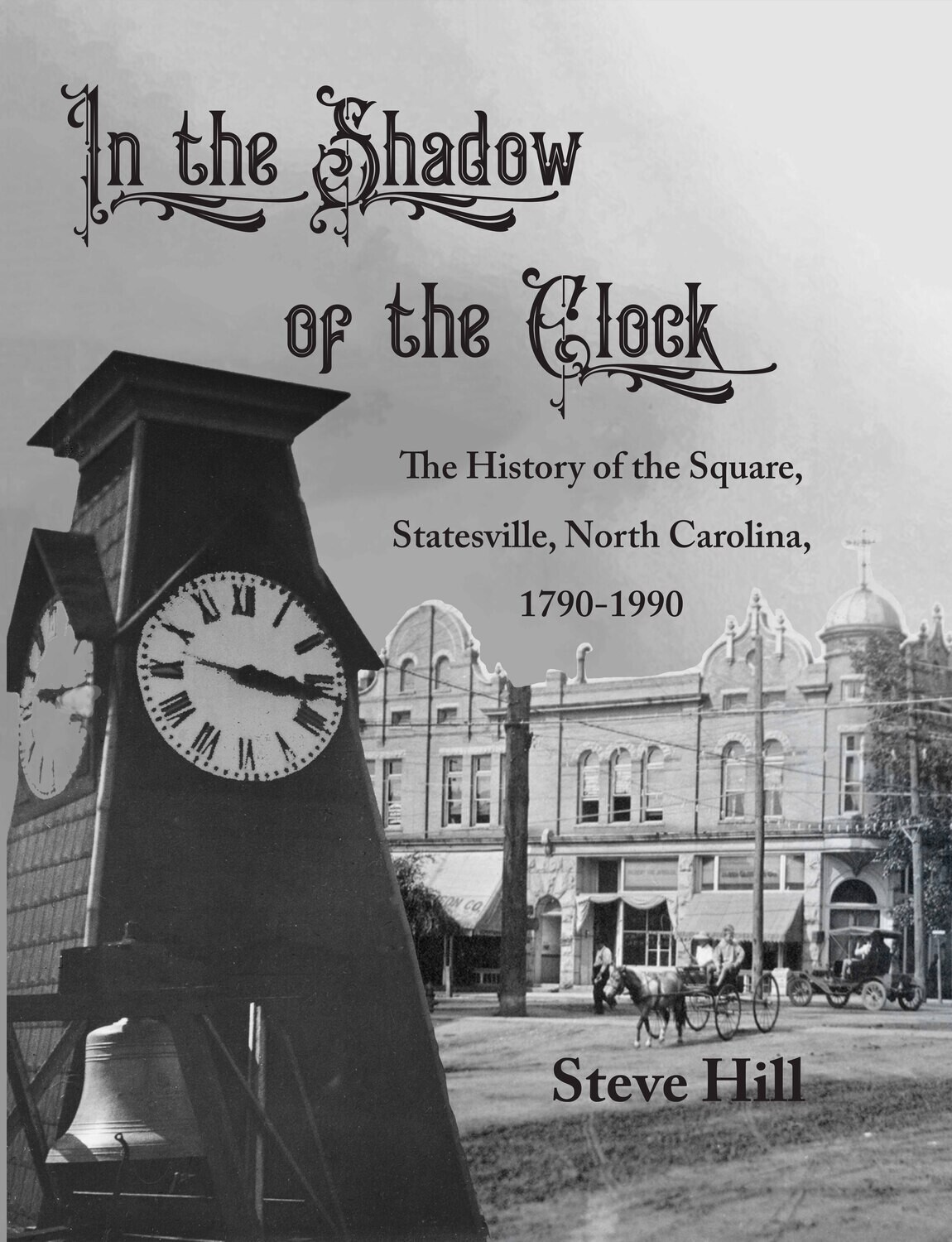 In the Shadow of the Clock

Steve’s collection of Statesville related memorabilia and stories has culminated into this fascinating book about our downtown square. I am a current occupant of one of the buildings “on the Square.” Steve takes readers on a wonderful historical journey that gives new meaning to the term, “if these walls could talk.” In the Shadow of the Clock is definitely a book you will want in your library for each of your children and grandchildren to read.

The square. A metaphor. An axis of intersection of North and South, East and West. Over the ages folks have crossed this intersection and contributed meaningfully and richly to the social, economic, and political fabric of life in Statesville. And my grandfather the Reverend J. H. Pressly, who came to progressive 1892 Statesville because Statesville had streetlights, crossed that axis thousands of times as he served his church for 54 years. Never learning to drive an automobile, he walked and rode his horse through that intersection as he served his congregation. We trust J. H. Pressly, by crossing that axis, made lives in Statesville richer, more meaningful, and a source of great faith to so many.

This book is an important narrative on places and times in our history that some will remember, but many won’t. It’s the story of the trials and tribulations of a growing community around a common geographic core, its beloved town square. Sit back and enjoy the 200 years of interesting stories that make up the beautiful city of Statesville, North Carolina.

I have always been appreciative of community landmarks and am grateful that our town clock is still there. It reminds me of the past, announces the present, and holds promise for the future. It calls me home.

Steve Hill combines his knowledge of our city with his beautiful writing style to show the reader why we love Statesville. Once you read In the Shadow of the Clock, you will share our great pride.

Steve Hill has truly transcended time. Take a copy of this book on a walk in downtown Statesville and you can see what happened before you got there. This book is filled with well documented images and stories that allow us to experience multiple periods in history, from one source. You will meet all sorts of people engaging in all sorts of activities, quite a busy place for just a four block area. Steve invites you to look over their shoulder and marvel.


A typical day on the square in Statesville. ln the foreground, bus driver Pete Beck gives directions to a visitor. His bus awaits its next load of shoppers. A businessman exchanges pleasantries with the officer on the square.
Two girls discuss whatever girls discuss in 1948, while a young man rushes to beat the light on his way home. The air carries the aromatic mixture of gasoline fumes, grilled onions, and the featured perfume at the drug store. The grand old lady watches over these proceedings from her tower high above. The war is over, and life is good
A similar scene plays out in small-town squares across the country. What makes this one different? Explore Statesville's town square. Discover the quintessential qualities and whimsical peculiarities that make her the centerpiece of"'Best Town in North Caroliona."
Read less
Save this product for later
Display prices in: USD
828-475-2384
pthompson994@cvcc.edu
Facebook
Twitter
Instagram
YouTube