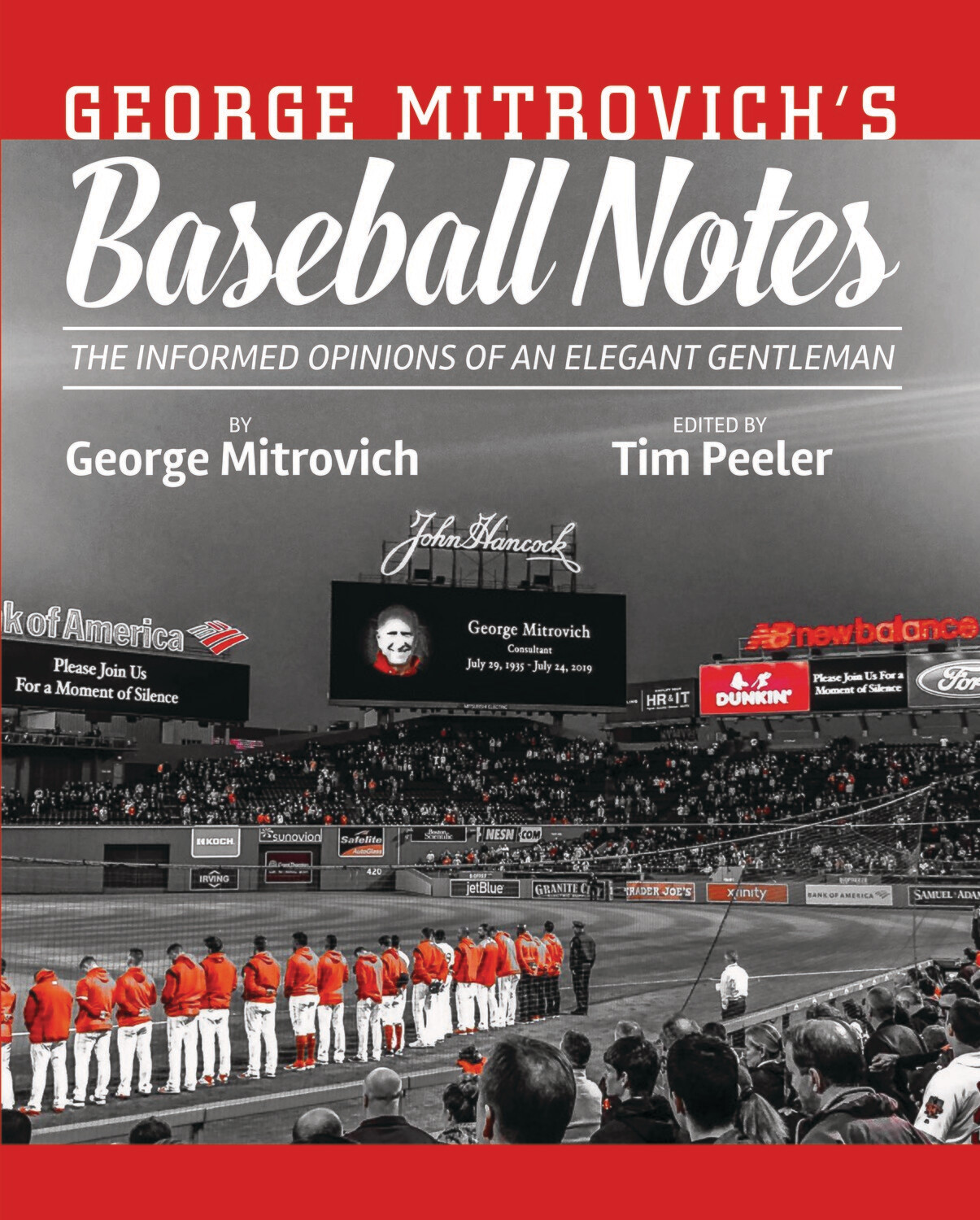 Now IN STOCK and SHIPPING!

“It's true, as we are often reminded by cynics of the sport, that baseball is a business – and every day when free agency is rampant and players go to the highest bidder, the business of baseball cannot be denied. But if that's the beginning and the end of one's understanding of the world’s greatest game, it reveals an elementary ignorance of something so uniquely American that our national experience cannot be understood independent of it…but what we cherish about the game, its beauty, poetry, and nuances, are, in the end, what separates the business of baseball from the game of baseball.

“We may be indifferent to the first reality but we hold to the second as surely as we cling to any fundamental essential in the American character; for it defines us and elevates us to a level higher than what is otherwise the commonplace of our existence.”

“His versatility was exceeded only by his passion; and, lucky for us one of those passions was baseball. In reading George’s Baseball Notes you could be sure of one thing – George was often wrong but never in doubt and he provided a daily source of information, insight, and informed opinion. We miss him and his Baseball Notes very much.”

“DC” Boomed the voice on the other end of the telephone….”I need you in Chicago. Dr. Charles can’t make it, you will be terrific!!!” Well let’s face it, we both knew that I wasn’t an adequate substitute for the great Dr. Charles Steinberg of the Boston Red Sox and yet George knew my response: “Of Course”….

“DC” Boomed the voice on the other end of the telephone… – “I need you in San Diego – All Star Game Luncheon – Peter Gammons had to cancel – You will be terrific!!!” And yet again, we both knew that I wasn’t an adequate substitute for the great Peter Gammons and yet George also knew my response…

“DC” ….long unusual pause…. “DC” ….this time with a low volume… “I want you to be a eulogist. The outcome is dire but I am resolute. ” And with that and a tear in my eye, we both knew my response.

I met George Mitrovich through the Great Fenway Park Writers Series. His ability to host, entertain, regale stories of his life and make everyone in the room feel included and important was uncanny. An elegant gentleman with a zest for life and for the people he met along the way, the likes of which we shall not soon see again. I thank him for his friendship, for the friends I met through him, and the friends of friends who are now also my friends. With great admiration, your friend, DC

A man of surpassing intellect, opinions, passions and pursuits, including but hardly limited to the vagaries of politics, civics and, of course, baseball, George Mitrovich was an immutable force in San Diego’s civic fabric for more than a half-century and perhaps longer.

A native San Diegan, George was a proud graduate of Helix High, where he competed in baseball and basketball. He earned his undergraduate degree from Pasadena College, which later became Point Loma Nazarene University in San Diego. In 2007, the institution awarded him an honorary doctorate in Humane Letters.

Among countless civic-minded credentials, achievements and accolades, many self-proclaimed in his endearing style of talking about himself, George might have been most proud of his own lengthy career as a ballplayer.

Indeed, unwilling as he was to willingly yield to time’s inexorable toll, he played and often served as a player/manager for several decades with the Marston Mets of the San Diego Adult Baseball League (SDABL), 45 and over division.

Aside from baseball, which George rightly viewed as analogous to life itself, he was a whirlwind of interests and expertise on innumerable topics that freely entered his every-day conversations at the slightest provocation.

His was a world without limits on whatever he deemed intellectually stimulating and worthy of impassioned dialogue and further discussion, his sharp wit and high-pitched laugh never far behind.

A life-long Democrat who prided himself on his reasoned outlook and who valued respectful give-and-take with friends who might inexplicably hold opposing views, George earned his political stripes with several national figures, led by his role as press aide to the presidential campaign of 1968 of Senator Robert F. Kennedy.

He subsequently served as press secretary to Senator Charles E. Goodell (R-NY), whose son Roger went on to become NFL Commissioner; and Senator Harold E. Hughes, Democrat of Iowa. In addition, he worked for two members of the United States House of Representatives.

His close connections in Washington and elsewhere were legendary, extending from political to sports to literature and beyond. It seemed as if he knew everyone who was anyone, not only in San Diego but everywhere else his travels took him.

When our friend George said he “knew” someone, it was doubtless true, despite his forgivable tendency to drop more than a few names along the way.